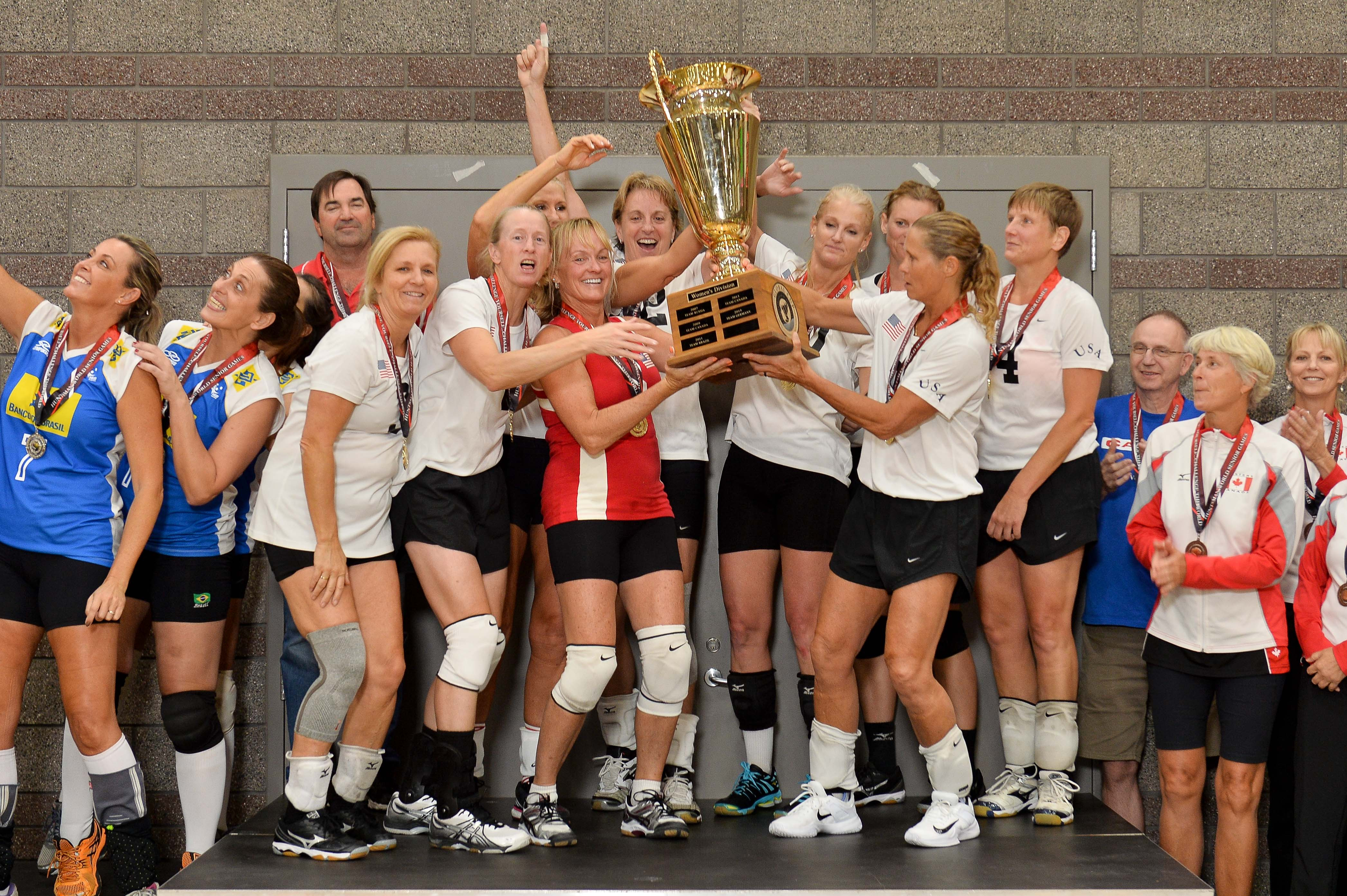 Thursday, October 19, competition continued with some great pickleball, softball and volleyball along with several other sports.

The day ended with the medal matches of the Global Cup – World Senior Volleyball Championships. First time Global Cupper, Costa Rica and Canada fought for the bronze medal first, but the new comer was no match for the experienced Canadian team. Canada dominated the match in two straight sets.

Each year, in between the bronze and gold medal match the teams of the Global Cup share a cultural presentation. Brazil started off the fun with a samba song and some fancy footwork. USA took the court next with an incredible rendition of the always popular Village People tune, Y.M.C.A. They changed the lyrics to reflect their experience at the Global Cup. Canada followed suit with a Global Cup version of This Land is Your Land. The full-house crowd enjoyed a Costa Rican song with some of their own fancy footwork last of all.

Then the volleyball continued with the hotly contested gold-medal match. USA won the coin toss and served first. The match went back and forth with both teams leading various times. Team USA was the first team to 25 and chalked up the first set.

Brazil served first in the second set and as in the first set, the play was incredible with unbelievable volleys and big hits and saves. Once again, team USA came out on top in a close match. That seemed to break the Brazilians, who had fought their way into the match with a tough win over Canada earlier in the day. Brazil rallied a couple of times, but never really threatened the talented team from the United States. In three straight sets, the USA finally won the coveted title of world champion and took home the gold medal from the Global Cup – World Senior Volleyball Championships. This is the first title for the US women. The US men have one title to their names as well.

The evening was livestreamed from the Global Cup facebook page and can be accessed at facebook.bom/globalcupvolleyball.

Tomorrow the sports continue for the Huntsman World Senior Games. The following  will be contested: