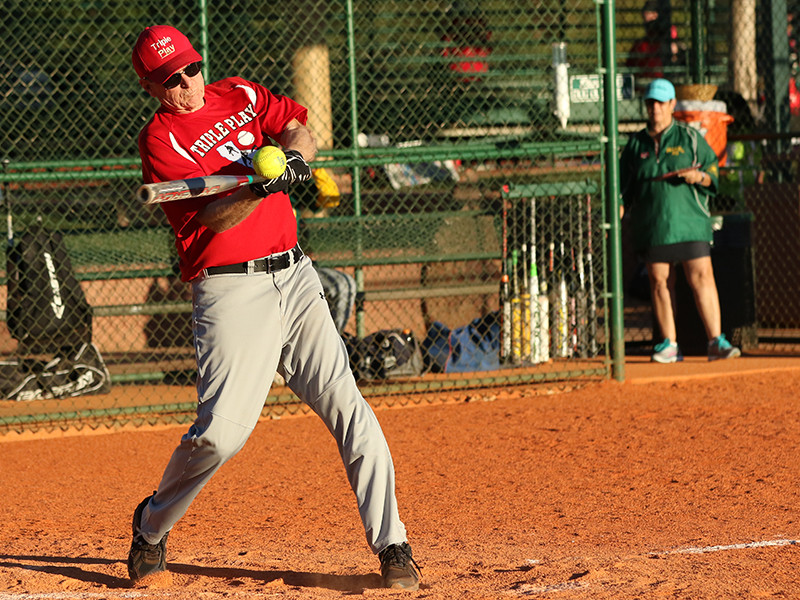 When the last volleyball hits the floor in the Dixie Center and the last basketball is dribbled down the court in the Washington City Community Center, the Huntsman World Senior Games comes to a close on Saturday, October 20.

“It’s hard to qualify this year’s Games as anything but a success,” says Kyle M Case, Games CEO. “The weather was fantastic, not too hot and not too cold. The ceremonies and celebrations were enjoyed by both the athletes and the community, and there were so many smiles all around. I’d call that successful.”

But it’s more than just anecdotal evidence that labels the Games successful. This year the event welcomed 11,033 total athletes a number that rivals the number of competitors at the Rio Olympics a couple of years ago. There were 213 volleyball teams competing around the county and nearly 800 pickleball players enjoying the sport that the Huntsman World Senior Games helped to put on the map. As always, softball reigned as the biggest sport in the annual event and this year, 349 teams swatted it out for gold, silver and bronze medals in 62 different age and skill divisions.

Need some more numbers? This year, the Games hosted athletes from 32 different nations including three brand new countries, Belgium, St. Kitts and Nevis along with Turkey. These new countries bring the grand total of nations represented at the Games over the past 32 year to 80, a large cross section of the world in anyone’s book.

“We are always so excited with we get to host new countries at the Games. It means we get to share our beautiful area with new people and our mission of fostering worldwide peace, health and friendship continues to expand around the globe,” says Case. “It’s a pretty amazing thing.”

That’s not all. Putting on the event the magnitude of the Games takes many, many hands. Nearly 3,000 volunteers help with the event, helping with everything from welcome bag assembly to refreshment distribution to score keeping and many other tasks.

“The volunteers are really the life blood of the Games,” said Jeff Harding, Director of Operations. “Without this army of selfless people, we couldn’t do what we do. We’re grateful for each and every one who sacrifices his or her time to help out. It makes a huge difference.”

What about the biggest number of all, the economic impact of the event on the local economy? With so many people, many of whom extend their stay, filling up local hotels and restaurants, the Games estimates that the direct economic impact on the community is over $17.2 million.

“So many local businesses tell us that October is the month they break even on the year,” said Case. “We’re proud to be part of that. We make a big footprint on the community, and that comes with some inconveniences, like crowded streets and scarce seats in restaurants, but we hope that the inflow of new dollars and the opportunity to host some of the best people anywhere more than make up for it.”

The big numbers are impressive, but at its heart, the Huntsman World Senior Games is about the individual experience. Sylvia Martin, from Michigan, summed it up perhaps as well as anyone when she said, “Awesome event. Friendly people. I love it!”