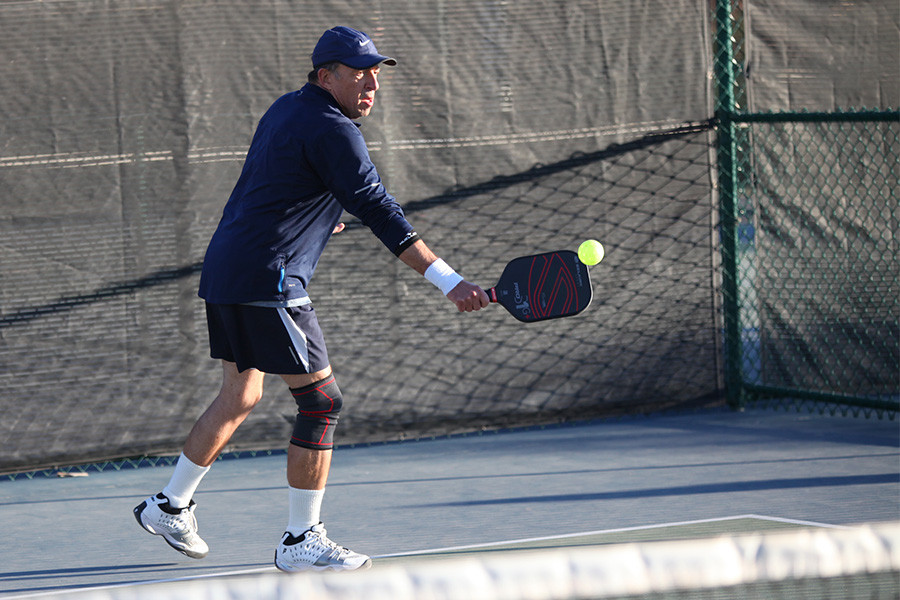 Have any of these scenarios happened to you?

Situation #1. You’ve been looking forward to the first hike of the season. Snack, backpack, and single-track. All present and accounted for. An hour into a treacherous switchback climb you stumble over some tree roots and suddenly it feels as if a stick is kicked up into you calf. What the hell?

Situation #2. Sunny day. Picnic in the park. No yellow jackets circling the fruit salad yet. Tossing a frisbee. Minding your own business when, out of nowhere, someone’s mutt takes a nip at the back of your leg. Hey!

Situation #3. Uncle Wilber’s farm. Aunt Marie brings out a load of laundry to hang on the clothesline. You’re well into denial, playing touch football with long-lost cousins since lunch two hours ago. Fourth down and forever. A flea flicker is called in the huddle. Like an NFL professional, you hustle out, wide right, scoffing at the gangly teenage nephew lined up opposite you. At your age, you should be centering the ball, not chasing it. It sounds as if Aunt Marie snaps a wet bath towel into the wind. Cousin Harold calls “Hike” and drops back. Ahh shoot!

In each case, you drop to the ground as if your leg has been detached. Moments later, the calf muscle sorely spasms.

If any of these circumstances make you squirm, then pickleballers unite. I’m about to offer expert truisms on the postmortem of Achilles tendon rupture, repair, and rehab. Why an expert, you say? All I can tell you is I’m grateful that I don’t have a third leg because within a period of four years, I ruptured each one, and the spectacle of each crime was the pickleball court.

Information on this injury is as bountiful on numerous search engines as net serves into a Class Three hurricane, so if you want dire realism, please check online. I took a picture of my own after the cast was removed and keep it as a grim reminder on my phone. Reading about it is the least painful portion. Knowing that it could happen to you is much worse.

A little background on me. I’m recently retired from pathology. Most of my career was spent dissecting people’s parts. Biopsies, minor surgeries, major resections, and even autopsies, hence, the postmortem connection. Aside from work, I’ve always been athletic and graduated from the ‘out for a jog’ jargon decades ago. I was looking for a cross-training sport aside from biking or running and was introduced to pickleball by my son. At first, I approached it as exercise and gave it little serious attention. My first experiences were mediocre at best and soon, my skill level plateaued. But a pair of new court shoes and a pricey paddle were just what the doctor ordered. Within months, I was banging, attacking, and dinking like the pros. Unfortunately, Dirty Harry put it pithily, “You’re a legend in your own mind”. To my dismay, players of all shapes and ages were whipping me and thus, the gung-ho part began to slowly evolve. No more flogging for me.

The first rupture occurred around Christmas as I floundered in no-man’s land. SNAP! At first, it felt like Situation #2: A tiny dog had just nipped me. I quickly turned to take a swipe at the varmint but fully aware that the worst-case glowered like your partner watching you whiff on a token lob. An MRI confirmed the diagnosis and a week later I went in for reparative surgery. This was followed by a splint the size of a small tree limb and an Ace bandage for eight weeks. I borrowed two pair of crutches from friends and placed one inside the front door and the other at the top of the stairs. I also purchased a collapsible four-wheeler walker from Amazon, the kind with a padded seat and handy pouch to carry things like books or extra ice packs. That beast was exclusively utilized for adventures around the yard. By the way, those handbrakes were a humbling lifesaver on several occasions. The only item missing was a reservation at the convalescent home. The initial post-operative pain and discomfort were excruciating. I compared it to losing a match to a pregnant woman with an unexpected passing shot. For your information, she was well into her third trimester and trundling a screaming two-year old in a baby cart at the baseline. What’s worse was that the kid kept score of mom’s winning points on the colored bead bar. I still blame that loss on switching sides and sunscreen running into my eyes. 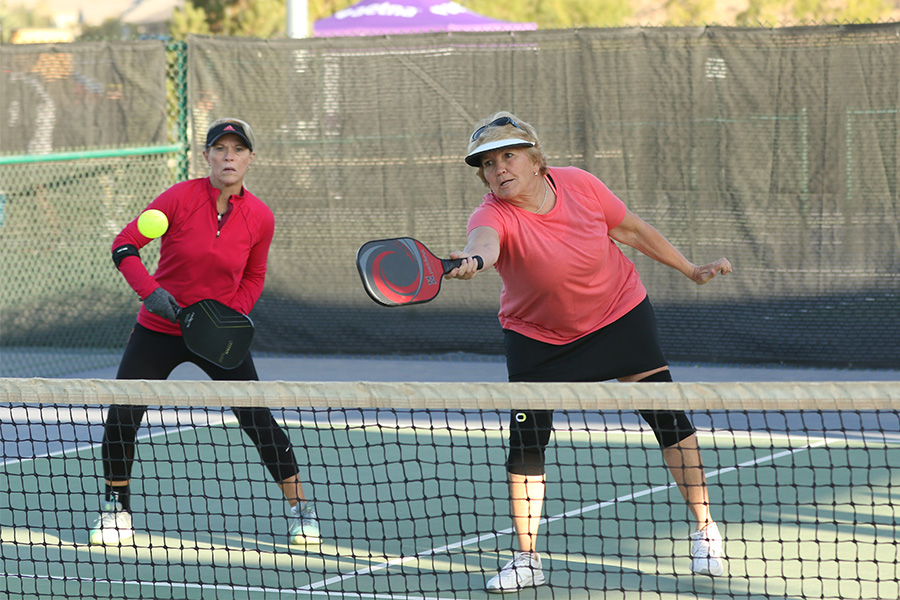 I was immobile and confined to three rooms in the house: the living room, the kitchen, and the bathroom. I tried the recommended R.I.C.E: Rest, ice, compression, and elevation to no avail and crossed off the days until that first follow-up orthopedic appointment in four weeks. Despite the discomfort, I began to practice hobbling on my heel from sofa to La Z Boy chair to prove that I was ahead of the predicted three to four-month recovery period. Reality check. As a result of standing, I’d milk the excess fluid out of my swollen joint several times a day. But the worst was at night. Without Advil or a powerful prescription within my reach, it was as if I was mere target practice at the NVZ. Reconnecting soft tissues with sutures in an outstretched tendon is an arduous process, especially on the nerves. Initial injury begats inflammation and hemorrhage. Surgery begats inflammation and edema. Inflammation begats a resistant scar. Edema never seems to go away. Scarring begats stiffness. Unremitting pins and needles. You get the picture. A vicious circle with no easy way out.

Turn the page to the summer of 2020, staying in place, COVID19, social distancing, etc. The second rupture materialized while standing at the baseline. My opponent was tormenting me with underspin, but I wasn’t fatigued. In the back of my mind, a deceiving crosscourt shot should neutralize him. Fully aware of how that first injury took the sails out of me, the yellow caution flag was stamped in my memory as if it was the fiftieth lap at the Indianapolis 500. I crouched in a ready position to deliver the killer blow and ‘POP’. As you already know, this new sport requires a different set of skills to master. My footwork and footspeed were okay, but I was failing the final exam on patience. With meager success of my dinks and drops, I strategized the serve and ‘voila’. I required help to stand and hobble off the court, embarrassed and disappointed, as my calf muscle continued to cramp up.

In my defense, I’m lithe for my age and come from a tennis background. With a myriad of drills, I’d reached a senior 4.0 level. After the first rehab, Pickleball 101 was a combination of willpower, crotchety fortitude, constant stretching, circadian exercise, proper hydration, and orneriness until I had two functional legs. Of course, this included another new pair of state-of-the-art court shoes. That learning curve was stamped into my head like going for the opponent’s chicken wing on a steady basis. Unfortunately, the poaching gods were stacked against me.

I found that ruptured Achilles tendons during athletic events are not that uncommon in males. The small muscle groups in the forefoot and around the ankle will defer to larger leg muscles during certain physical activities where an explosive step is required, like in a vicious backhand or a powerful forehand and herein lies the problem. Overcompensation and underusage can lead to strain, tears, or even rupture. But knowing that didn’t provide any comfort. Afflicted twice with the same malady? How is this possible?

Ironically, as a retired medical professional, I’m the worst patient anyone would want. Just ask my wife. On more than one juncture I awoke from a fitful sleep with her leaning over me, a pillow tightly gripped in her fists. Even with the dark glasses, I knew it was her… It’s summer, after all and I could only sit on a lawn chair with my leg propped up, day after day, week after week, losing the game of independence. Poor me.

Any rewards seemed few and far between like winning two points in a row before side out. But I thoroughly enjoyed browsing the book titled, Pickleball: Food for Thought by Phil Dunmeyer. So much of it made sense. Those snippets of wisdom. That subtle sarcasm. It was as if the book was written to describe my numerous misgivings. I only needed another chance to prove myself. This former volley veteran has a story to share, too and the author’s tidbits on court survival were creating a dent in my wounded pride. Here are personal reflections on how to live to tell the tale at the journey’s end. Call them morsels, leftovers, or table scraps about going upstream without a new polycarbonate paddle. In no order, the top twenty-one reasons to beat temporary injurious insanity. Please enjoy. Better luck to us all in 2021! Be sure to stop and say hi if we meet on the court.

I welcome comments. Please contact me on my writer’s web site at: softeditionsbr@gmail.com. I’ll be baaaahhk! Thanks again.