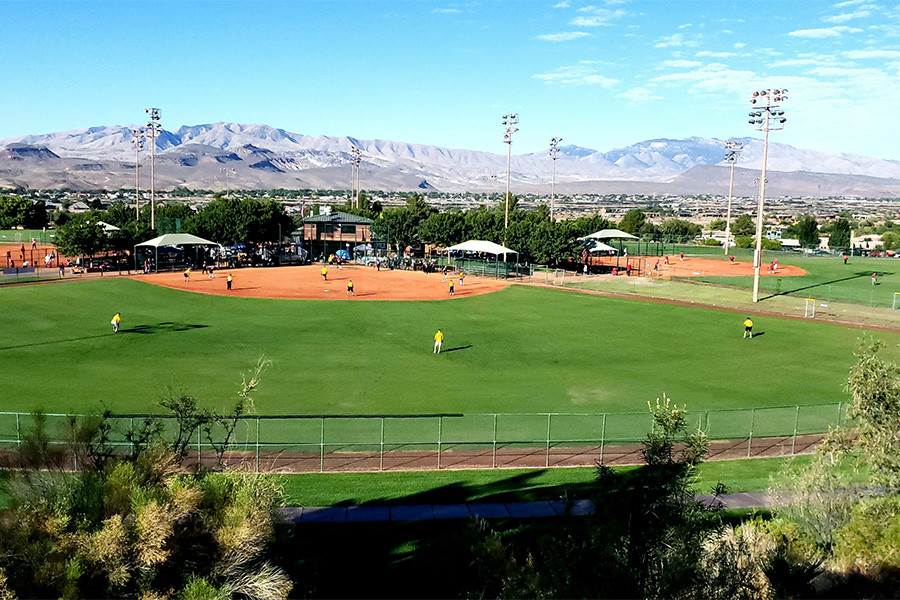 Monday, October 7, 2019 marked the first day of competition at the Huntsman World Senior Games. Men's softball kicked off with pool play starting at the Canyons Softball Complex, Gubler Fields, Bloomington and Little Valley. The Dixie Center was buzzing with table tennis and the Washington Community Center hosted both the women's basketball shoot and basketball 3-on-3 - women just to name a few.

Tuesday will see more sunshine, more competition and in the evening, the grand opening ceremonies. The show takes place at Trailblazer Stadium on the Campus of Dixie State University. Gates will open at 6:00 p.m. and the festivities begin at 7:00 p.m. Utah's Governor Gary Herbert is scheduled to welcome the more than 11,000 athletes to the state while Mayor Jon Pike will do the same for the City of St. George. Diamond Talent will provide the productions singing and dancing with a tribute to the great singer/songwriter Billy Joel. Following the Olympic tradition, there will be a parade of athletes and a cauldron lighting along with a huge fireworks display.

Athletes wishing to participate in the parade of athlete should arrive at the stadium at 6:30 p.m.

The motivational speaker this year will be three-time Olympic gold-medalist, Leah Amico, who will share her story of perseverance, determination and ultimately success.

The sports being contested on Tuesday include: