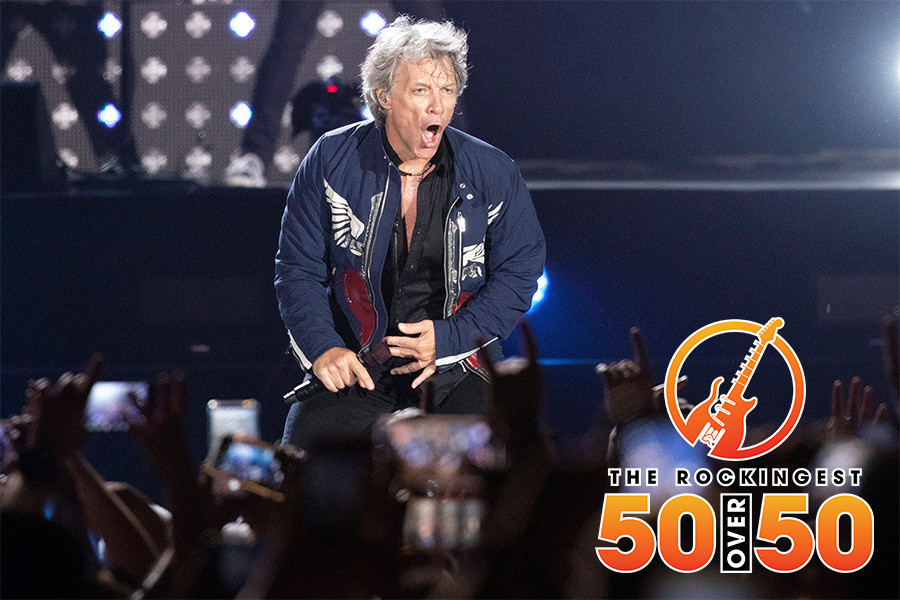 After weeks of voting and narrowing down the brackets, Jon Bon Jovi is champion of the first ever Huntsman World Senior Games' The 50 Over 50 Rockingest 50 over 50 Challenge. Bon Jovi was up against 49 talented musicians, all over the age of 50, including Elton John, James Taylor, Janet Jackson, Billy Joel and Garth Brooks who competed by popular vote to see who would come out on top.

John Francis Bongiovi Jr. better known as Jon Bon Jovi was born March 2, 1962, in Perth Amboy, New Jersey. He is an American singer-songwriter, record producer, philanthropist, businessman, and actor. Jon began playing with his first band, Raze, at the age of 13. In 1983 he formed Bon Jovi along with David Bryan, Alec John Such, Tico Torres, and Richie Sambora. In 1984-1985, Bon Jovi released two albums and the single "Runaway" hit the Top 40. In 1986, the album Slippery When Wet, sold over 20 million copies. New Jersey (1988), sold over 10 million copies and had 5 Top 10 singles. In 1992, album Keep the Faith went double-platinum. The accolades and success has continued up to the present day.

Jon also had a successful solo career. In 1990, he recorded a soundtrack to the movie Young Guns II more commonly known as Blaze of Glory, which won an award for Favorite Pop/Rock Single at the American Music Awards and awarded a Golden Globe, as well. The song also earned him an Academy Award nomination and a Grammy Award nomination.

In 1991, Jon Bon Jovi started his own label, Jambco Records. As a songwriter, Jon Bon Jovi was inducted into the Songwriters Hall of Fame in 2009. In 2012, he ranked #50 on the list of Billboard Magazine's "Power 100", a ranking of "The Most Powerful and Influential People In The Music Business". In 2018 Bon Jovi was inducted into the Rock and Roll Hall of Fame.

As of 2020 Bon Jovi has released 15 studio albums, five compilations and three live albums including the latest socially conscious studio offering 2020. They have sold more than 130 million records worldwide, making them one of the best selling American rock bands of all time. Bon Jovi has performed more than 2,700 concerts in over 50 countries for more than 34 million fans. Bon Jovi was inducted into the UK Music Hall of Fame in 2006, and into the U.S. Rock and Roll Hall Of Fame in 2018.

The 50 Over 50 has a goal to shine a spotlight on what it means to age actively. The organization hopes to change the stereotype, combat ageism and create a whole new paradigm reminding everyone that those over the age of 50 provide value to society and the communities in which they live. This is a group of people who create, inspire, motivate, mentor, teach and provide for.