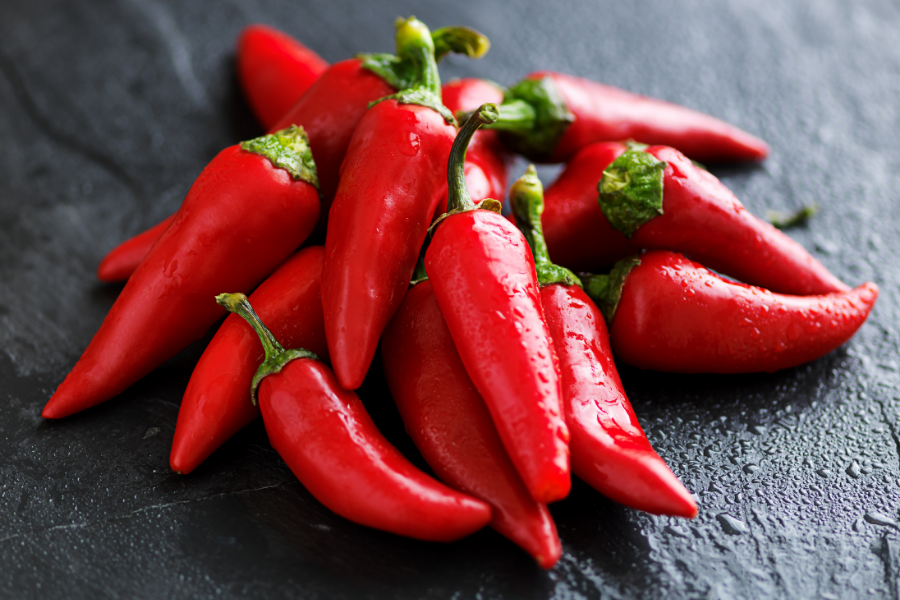 Spices as flavorings, preservatives and medicines have been used since the time of hunters and gatherers. A spice is any dried part of a plant that is used primarily for flavor and not the main ingredient of a recipe. The leaves of a plant, whether fresh or dried, would be herbs. (https://www.thespruceeats.com/what-are-spices-995747)  Early people discovered that berries, seeds, bark and even roots could be used to add flavor to their meals and to keep food fresh. Throughout history spices were also used for medicinal purposes. A study of ancient world civilizations, including Egypt, Mesopotamia, Greece, Rome, China and India, reveals evidence of spices being used as flavorings and medicines in some of the earliest records. For example, the Pen Ts’ao Ching or The Classic Herbal dates back to 2700 BC in China and contains a collection of over 400 medicinal plants. Cuneiform tablets from Mesopotamia dating back to the 8th century BC record evidence of the use and cultivation of herbs and spices in the fertile valleys of the Tigris and Euphrates rivers. (https://www.mccormickscienceinstitute.com/resources/history-of-spices )

In early times spices were so valuable that they could be used as currency. Cinnamon and black pepper were particularly sought after. In fact, pepper was once referred to as “black gold”. It could be used to pay taxes, dowries or rent. Legend has it that when Rome was on the brink of being sacked in A.D. 410, 3,000 pounds of pepper was demanded as ransom. (http://www.theoldfoodie.com/2007/08/peppercorn-ransom.html ) Later, as Europe increased its desire for spices, “... entire expeditions were made in hopes of transporting more back to Europe as quickly as possible.” Asian spices such as saffron, ginger or nutmeg were so costly in Europe that only the wealthy could afford them. “A pound of saffron cost the same as a horse; a pound of ginger, as much as a sheep; 2 pounds of mace as much as a cow. A German price table of 1393 lists a pound of nutmeg as worth 7 fat oxen.”  Consequently, as the demand for spices grew, explorers like Christopher Columbus, Vasco de Gama, Sir Francis Drake and others set sail with the goal of finding the most efficient routes to The Middle East, China and India, and through the spice trade secured wealth for themselves and empire for European nations. (https://www.history.com/news/off-the-spice-rack-the-story-of-pepper )

Today, spices are inexpensive and easily accessible. In fact they are so common that perhaps we forget their continued value as a source of culinary richness and variety. Spices like cumin or turmeric can take us to exotic locations without leaving our kitchen table. While cinnamon and cloves may evoke memories associated with childhood. But beyond their capacity to make foods more flavorful, spices are still being studied for their nutritional value and overall health benefits.

Some outdated folklore says that eating hot, spicy food would cause heartburn or even ulcers. Today however, chili peppers have been found to contain antioxidants and a fascinating chemical called capsaicin. First isolated in 1878, capsaicin increases the production of gastric acid and stimulates the nerve endings in the skin. It is the common element in pepper spray, which can cause pain and irritation in the eyes. However, as scientists have continued to study capsaicin, they have discovered that it can lower LDL cholesterol (the bad cholesterol), increase metabolism, reduce inflammation in the digestive tract and be used as a pain reliever for arthritis, psoriasis and diabetic neuropathy.  Furthermore, capsaicin has been found to reduce or even kill prostate cancer cells.

Haley Robinson, a clinical dietician at Piedmont Atlanta Hospital, adds several other ways that capsaicin is being studied.  (https://www.piedmont.org/living-better/the-health-benefits-of-spicy-foods)  First, spicy foods are said to help with weight loss. Robinson explains, “Capsaicin helps increase your core temperature, increase metabolism and helps burn calories faster.” In fact it may raise metabolism as much as 5%. Robinson also says that since capsaicin works like an endorphin, it may help control depression and stress. It may also aid in digestion by increasing the fluids in the digestive system.  Finally, “The vitamin A and C found in these plants,” Robinson says, “may help strengthen the heart muscle walls, and the heat of the peppers increases blood flow through your body. All of these factors working together may help lower blood pressure and improve cardiovascular health.”

Other spices are believed to also have a great many health effects. Monica Auslander Moreno, adjunct professor of nutrition at the University of Miami and a dietitian for the Miami Marlins, recommends, “...cooking with herbs and spices regularly -- and, if possible, using several at a time.” Moreno believes that herbs and spices not only add flavor to meals, but they are, “...“ rich in phytochemicals, which are healthful plant chemicals.” They fight inflammation and can reduce damage to your body’s cells. (https://www.webmd.com/healthy-aging/over-50-nutrition-17/spices-and-herbs-health-benefits )

Diane Vizthum, M.S., R.D., research nutritionist for the Johns Hopkins University School of Medicine agrees. She claims, “There are more than 100 common spices used in cooking around the world. Spices are concentrated sources of antioxidants.” (https://www.hopkinsmedicine.org/health/wellness-and-prevention/5-spices-with-healthy-benefits) Studies indicate that cinnamon may reduce triglyceride and cholesterol levels along with lowering blood sugar levels in people with type 2 diabetes. Cocoa, which many people forget is a spice, is full of antioxidants which can support heart health. Often associated with Indian cooking, Cumin is rich in iron and may help with weight loss, and studies show that Cardamom, often used in pumpkin spice mixes can soothe stomach upset and is rich in magnesium and zinc. Turmeric is another spice shown to fight inflammation. Furthermore, one ingredient found in turmeric, curcumin may specifically fight inflammation in the brain and might be useful in combating Alzheimer's, depression and memory loss. Ginger has been used for centuries to relieve upset stomach and may be useful in preventing motion sickness and morning sickness, while Garlic keeps blood vessels flexible and supports heart health by lowering cholesterol and triglyceride levels. Vizthum says it doesn’t matter whether you use fresh or dried spices, but “If you fry or grill food with spices, it decreases the antioxidants. However, microwave cooking, simmering or stewing foods with spices actually heightens the antioxidant levels of spices.”  She also recommends speaking to your doctor and using care with supplements as they are not always carefully regulated.

Spices may be one of the easiest ways to add both flavor and variety to your diet. They have been around for centuries, and scientists are still discovering and evaluating their effectiveness for helping us live our best lives. So go ahead - spice it up!