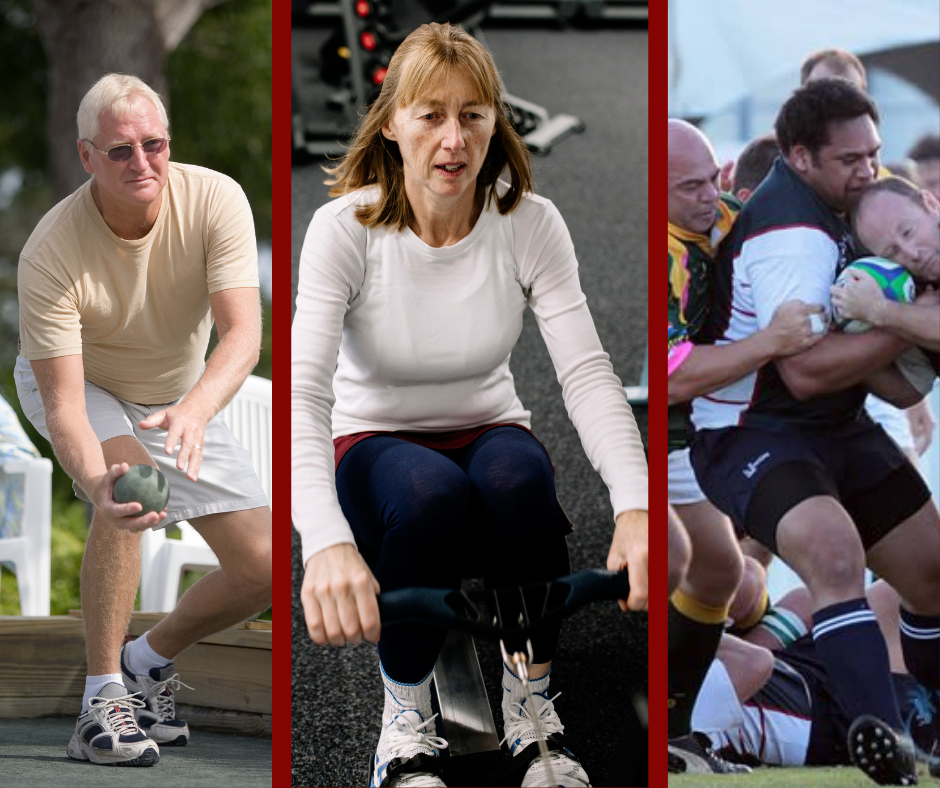 With COVID finally beginning to fade in the rear view mirror, the Huntsman World Senior Games is excited to kick off 2021 with a bang and the addition of three new sports. Two of the new choices were planned to be introduced in 2020, but when the Games had to forgo the event, they were carried forward. For the first time ever, bocce, indoor rowing and rugby will be offered at the largest annual multi-sport event in the world for athletes age 50 and better.

Bocce was developed into its present form in Italy. For those who are unfamiliar with the sport, it’s closely related to British bowls and French pétanque, all having grown from games played in the Roman Empire. It’s what the soldiers would play in between battles and while occupying conquered cities. One of the great things about bocce is its accessibility. It is now the third most played sport among Special Olympics athletes.

The second new sport is indoor rowing. This event is competed on indoor rowing machines often found in gyms. It was an off-shoot of the CrossFit movement but now is recognized as a competitive sport in its own right. This year the Games will offer several different events including

Finally, a new team sport, rugby, will make its debut at the Games in 2021.

“Every sport must have a director or team that has the expertise to coordinate the logistics of running the actual tournament,” said Kyle M Case, Games CEO. “We’ve got a very experienced and passionate crew organizing rugby for us this year. With nearly a dozen teams already registered, the excitement level is high.”

Rugby will follow the rules of the traditional 15s game with few modifications and will offer one age group over 50 to begin with.

The Games will run from October 4 through October 17 this year and will offer a total of 35 different sports. All athletes are encouraged to familiarize themselves with the Games’ COVID19 plan which will be continually updated as more information is made available.