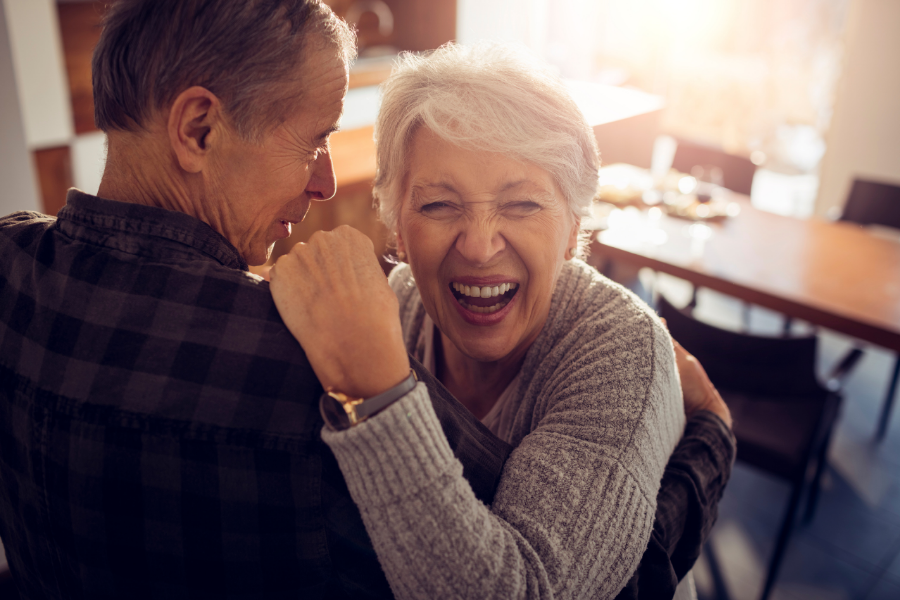 Remember school dances? Memorable events for some. For others they were awkward, maybe even painful. But even if you never considered yourself a dancer, maybe it’s time to give it another shot. Research suggests dancing may be one of the best ways to improve your physical, mental, and emotional health. Dance, no matter the style, requires mental, physical, emotional and even social skills. When all of these work together, they can help you achieve a healthy body and a healthy mind.

Turn on some upbeat music and see what happens. First it’s toe tapping, head-bobbing and maybe some hand-clapping. Dance is fun. And according to Better Health Channel, dance can be a fun way to improve your physical health. “It can help your heart and lungs, increase muscle strength, endurance and motor fitness.” No matter what kind of dance,  it raises the heart rate and supports cardiovascular health. Dance also increases muscle strength to support good posture and balance.

Lynn Berman, a physical therapist and owner of Spring Forward Physical Therapy in New York City explains why dance is such a good physical workout. First, it’s a total-body workout. “It’s a great way to access all movement planes and access some muscles that get ignored in typical day-to-day activities,” he says. “Depending on the type of dance, it can offer cardiovascular benefits by increasing your heart rate, it can help strengthen the lower and upper extremities through repeated muscle contractions, and it can challenge coordination and balance, especially when following a choreographed dance at different tempos.” Moving to rhythm, changing direction, following patterns, moving through space all develop balance, coordination and strength.

According to a report from the University of Brighton in the UK, when you dance, you can expend more than 300 calories every half-hour. That is about the same amount of energy burned during easy swimming or jogging. The report further states,  “Even relatively tame forms of dance burn about the same number of calories as cycling.”  Nick Smeeton, a principal lecturer at the University of Brighton and coauthor of that report, explains that dancing burns a lot of calories because it involves “movement in all directions...there is a lot of accelerating and decelerating in dancing, which the body is less able to do in an energy efficient way.”

Furthermore, dance helps to strengthen tendons and some of the body’s smaller muscles due to the up-and-down and side-to-side movements. This is similar to trail running and hiking, which involve changes in level, direction and speed rather than just moving straight ahead at ground level. Jonathan Tylicki is a professional dancer. He says, “Movements that we typically do in our daily life, like walking, taking the stairs, and common workouts like treadmills and cycling, occur in the sagittal plane, but dance works your body from all planes, including lateral and rotational, which turns on and conditions all muscles, meaning no muscle is left behind.” Dance provides an effective and fun way to get in shape. Even though it’s not a competitive sport, it works the heart and lungs, uses both large and small muscle groups and provides a great whole body workout.

Dance is not only good for your body, but research demonstrates that dance boosts cognitive performance. Learning new steps, following patterns, staying on the beat all support thinking skills. According to Frontiers in Human Neuroscience, because dancing stimulates the brain, it may be a better workout than more traditional forms of fitness when it comes to slowing the aging process. Think about everything the brain has to do while dancing: remember the correct dance steps, turn the right direction at the right time, stay on the beat, and synchronize the movement to the music. Dance strengthens our bodies and challenges our brains!

Agnieszka Burzynska, an assistant professor of neuroscience at Colorado State University explains that your brain’s white matter can be thought of as its connective tissue. That tissue tends to break down gradually as we age.  This can lead to memory and thinking problems later in life. Burzynska and her colleagues studied white matter changes among elderly adults who participated in walking, stretching or dancing programs. The participants who danced three days a week for six months saw an improvement in their white matter. The walkers and stretchers did not. However, Burzynska cautioned that the results were preliminary.  “We saw this benefit in one area of the brain, not everywhere,” she says. Still these early results are promising.

Other studies show that dance has been shown to lower the risk of dementia. A 2003 study in the New England Journal of Medicine by researchers at the Albert Einstein College of Medicine discovered that dance can improve overall brain health. The study looked at the effect that moderate exercise had on the risk of dementia in the elderly.  “The researchers looked at the effects of 11 different types of physical activity, including cycling, golf, swimming, and tennis, but found that only one of the activities studied—dance—lowered participants’ risk of dementia.”  Another small study done in 2012 at North Dakota’s Minot State University found that the Zumba, a Latin-style dance program,  improves certain cognitive skills, such as visual recognition and decision-making.

At the University of Illinois at Chicago another study looked at sedentary adults who enrolled in  a Latin ballroom dance program. The participants in the program reported improvements in memory, attention and focus. Similarly, another ballroom dance program studied older people with mild cognitive impairment. After ten months of dance, the researchers reported that participants experienced improvement in thinking and memory.

How to account for all of these benefits of dance?  “Because dance is a multi-tasking activity, many studies show it can improve cognitive function and even slow the aging process. The basic conclusion? Dancing works out your body and your brain!” (Homecareassistance.com)

Dance has such beneficial effects on the brain that it is now being used as a treatment for Parkinson’s disease, a progressive neurological movement disorder.  Daniel Tarsy, MD, an HMS professor of neurology and director of the Parkinson’s Disease and Movement Disorders Center at Beth Israel Deaconess Medical Center explains, “...the primary motor symptoms of Parkinson’s disease include bradykinesia (slowed movement), stiffness of the limbs and trunk, tremors, and impaired balance and coordination.” Dance may help alleviate these symptoms.

The Mark Morris Dance Group in Brooklyn, New York, created a program for people diagnosed with Parkinson's disease called Dance for PD® (Parkinson’s disease). They have been holding classes since 2001 and have witnessed the profound improvements in the participants. Below is a list of some of the ways dance seems to affect people with PD:

Tai chi, a Chinese martial art that is also considered a ritualized, structured type of dance has also been useful in treating Parkinson’s patients, according to Peter Wayne, at the Osher Center for Integrative Medicine at Brigham and Women’s Hospital.  “The focus of our work is to take advantage of traditional exercises in which it’s implicit that the mind and body are connected more efficiently,” says Wayne. “Tai chi is one such exercise that we focus on because of its benefits for both balance and mental function.”  In 2012 in the New England Journal of Medicine, a team of investigators found that “tai chi helped improve balance and prevent falls among people with mild to moderate Parkinson’s disease. After six months, those who practiced tai chi twice weekly were physically stronger and had better balance compared with those who did either weight training or stretching.”  Wayne says tai chi may possibly benefit people with Parkinson’s disease in other ways, too. “Practicing mindful movement,” he says, “may help compensate for some of the motor deficits that are common in Parkinson’s and aging.”

Dance is an excellent way to improve both physical and mental strength. It may even slow the aging process and fend off ailments such as dementia, Alzheimer’s and Parkinson’s disease.

Music and movement impact your mood. Turn on some fun music with a good beat and it’s almost impossible not to smile. Professional dancer Jonathan Tylicki says, “Movement and dance are extremely expressive, which can allow you to escape and let loose.” This “letting loose” can help relieve stress, decrease anxiety and even boost self-esteem.

Furthermore, research seems to support the positive effects of dance when it comes to emotions. Swedish researchers studied more than 100 teenage girls who were struggling with issues like depression and anxiety. Half of the girls attended weekly dance classes, while the other half didn’t. The results showed the girls who took the dance classes improved their mental health and reported a boost in their mood. These positive effects lasted up to eight months after the dance classes ended. The researchers concluded dance could result in a very positive experience for participants and could potentially contribute to sustained new healthy habits.

Being more connected with people is another emotional benefit of dance. First, dance is inclusive: anyone can do it - young, old, even those with disabilities. All that is “required” is a little music, a good attitude and a willingness to move your feet, your arms and any other body part that you feel like moving! Second, although some types of dance are done individually, many styles require partners. These social groupings invite opportunities for making new friends or reviving old relationships, and these interactions support improved mood and overall mental health.

10 Reasons to Give Dance a Try!