Blue Zones...Coming to a Community Near You? 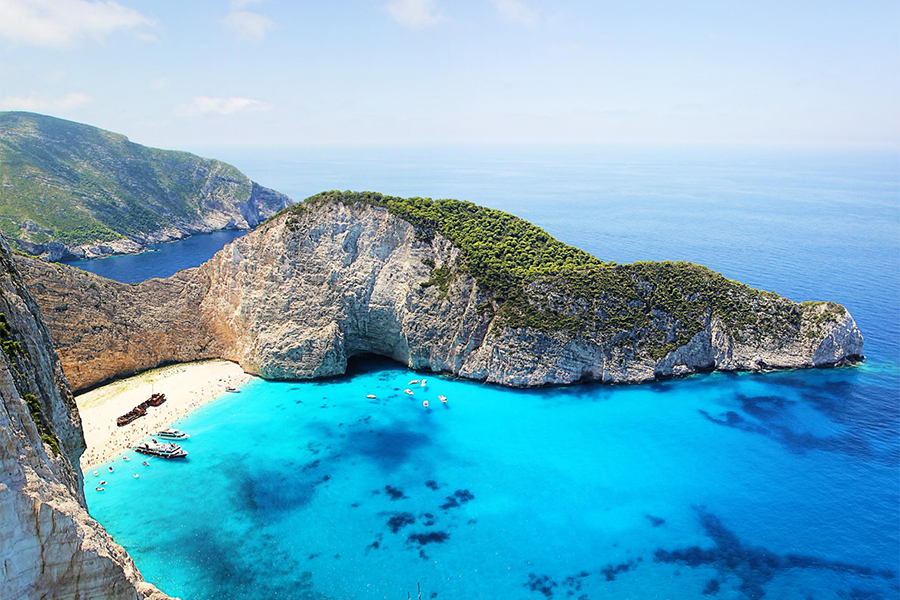 What if making the healthiest choice was also the easiest, most convenient choice? What if changing your diet or adding more daily exercise wasn’t just an individual endeavor but one supported and encouraged by your entire community? And, what if streets, parks, work spaces, and even public policies were designed and developed with the health of the community in mind? This is the intent of communities that are part of the Blue Zones Project.

Blue zones were first noted by researchers Gianni Pes and Michel Poulain who were trying to identify the place in the world with the most people over the age of 100. They found it on the Italian island of Sardinia. Building on their work, Dan Buettner then teamed up with National Geographic to locate and study other such regions of longevity. He discovered four other “Blue Zones”: Okinawa, Japan; Nicoya, Costa Rica; Ikaria, Greece, and Loma Linda, California. Each of these zones had common characteristics relating to exercise, diet and overall lifestyle. Buettner identified what he terms the Power 9:

Move Naturally: Exercise in these regions does not mean going to a gym, training for a marathon or joining a sports team. Movement is a continuous part of a daily routine that involves gardening, cooking, cleaning, repairing, walking, climbing stairs or simply getting up and down from sitting on the floor. A simple lifestyle without many modern conveniences, encourages people to move naturally.

Purpose: In Okinawa, Japan they have a strong sense of purpose called “ikigai”. It is the reason people get up in the morning. In Costa Rica they call it “plan de vida” or the reason for living. In an NIH-funded study, Dr. Robert Butler, found that, “those who expressed having clear goals or purpose lived longer and lived better than those who did not.”

Down Shift: Learn to relax. Have a plan to combat stress. According to Science Daily, stress “wreaks havoc with the mind and body.” It interferes with the body’s ability to control inflammation,which causes people to be more susceptible to disease. Blue Zone communities all engaged in regular activities that promoted a sense of calm and relaxation. For some it was prayer, others it was “happy hour” with friends, while others took regular afternoon naps. It is not that people who live in Blue Zones don’t experience stress, they do. But they have strategies built into their lifestyle that keep it under control.

80% Rule: People in the Blue Zone of Okinawa, Japan keep their weight under control following the “80% rule”, which means that they stop eating when they are almost, but not quite full. Other Blue Zone communities practice fasting as part of their spiritual traditions. In the region of Ikaria, Greece people observe about 150 days of religious fasting a year. Fasting, according to Yoshinori Ohsumi, winner of the Nobel Prize for Medicine in 2016, can slow the aging process by encouraging the process of autophagy in cells. During this process cells clean, renew and recycle their content helping them to remain healthy longer. Fasting has also been connected to “improved blood sugar control, reduced inflammation, weight loss, and improved brain function.”

Plant Slant: When it comes to food, the Blue Zone communities rely on a variety of fruits and vegetables supplemented with beans. If meat is eaten, it is in small portions (the size of a deck of cards) once or twice a week. This supports the USDA’s MyPlate recommendations to make half of what you eat fruits, vegetables and whole grains. Nuts are also an important part of a Blue Zone diet. The Seventh-day Adventist church in Loma Linda, California keeps a biblical, vegetarian diet supported by regular exercise. This community of 9,000 lives an average of a decade longer than most other U.S. residents.

Drink Moderately: All of the Blue Zone communities drink alcohol in moderation, except the Adventists. In Sardinia, Italy where there are more than ten times the number of centenarians than in the United States, they drink a strong red wine. This Cannonau wine contains, “two or three times the artery-scrubbing flavonoids as other wines.” However, the American Heart Association cautions that the positive effects of drinking alcohol might be accounted for by other factors. "It might be that wine drinkers are more likely to have a healthier lifestyle and a healthier diet such as the Mediterranean diet, which is known to be cardioprotective," says Dr. Robert Kloner of Huntington Medical Research Institutes.

Belong: Almost all of the centenarians in the Blue Zones were members of a faith-based community. The denomination didn’t seem to matter, but according to research this belonging can add up to 14 years of life expectancy. Furthermore, research done by Dr. Robert Waldinger, a psychiatrist with Harvard-affiliated Massachusetts General Hospital, found that  "People who are more socially connected to family, friends, and community are happier, healthier, and live longer than people who are less well connected.”

Loved Ones First: Just as this statement implies, residents of the Blue Zone put a high value on family. Extended families often live together, and it is normal to care for elderly parents and grandparents in the home. This sense of connectedness seems to help fend off stress, depression and leads to healthy family relationships for young and old alike.

Right Tribe:  Friendships play a vital role in the quality of one’s life, but having healthy social relationships seems to also be related to life expectancy. Okinawans have friends for life called “moais.” These people are committed to one another and often share similar values and goals. According to Psychology Today “It seems that the most adaptive social network is one that offers an optimal balance of social relationships that provide close emotional support and an adequate amount of stimulation, challenge, and social engagement.”

The next step in the Blue Zones movement is to incorporate the Power 9 concepts into city planning around the world. In Beach Cities, CA the residents experienced a 25% drop in obese and overweight adults after employing the Blue Zone strategies for community health improvement. They also experienced a savings of 21M in direct medical expenses. Alberta Lea, Minnesota, applied the Blue Zone strategies for healthier living in 2009. For example, they created a Bike and Pedestrian Master Plan to encourage residents to be more active. They also looked for ways to make healthy eating choices more available in the town, workplace and in schools. One result was that Alberta Lea jumped from 68th to 34th place in Minnesota health rankings.

The question is: Should becoming healthier be just an individual endeavor, or would we collectively benefit healthwise and financially if communities were developed with healthy lifestyles in mind?