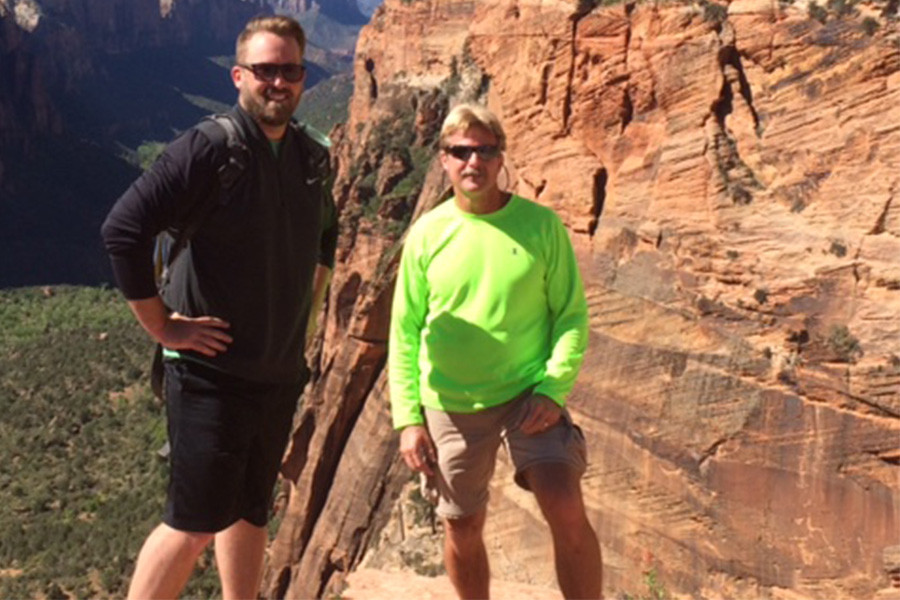 This will be my third Games. My daughter and her husband moved to St. George, Utah, from Wyoming 10 years ago to escape the Wyoming winters. My son-in-law worked for the BLM as a wildlands fire fighter. My first visit to St. George was 10 years ago to help them move. I now have 3 little “Utes” in my quiver of 8 grandchildren so I visit St. George three to four times each year.

My daughter was a sports trainer for Intermountain Regional Hospital in St. George until recently. For several years she encouraged me to play softball in the games as we love to visit St. George in October.  I had tons of excuses: “I don’t know anyone,” “I’m too old,” “I am too sore from old sports injuries” and on and on. Finally, in October 2017 I decided to go to Little Valley and check out the softball and decided I would look into playing in 2018 since I was turning 60 in September of 2018. But how could I play without a team?

The Games made that barrier easy as well. I simply registered on the website at TeamFinder as a player looking for a team. I was contacted rather quickly by several teams looking for a player. I said yes to the first team that made contact. That first year in 2018 my new group of friends ended up getting the bronze medal in one of the 60’s divisions. In 2019 I returned with the same group and we won gold in both the 55’s and the 60’s.

As I encourage friends here in Indiana to check-out and participate in the Games, I tell them what I like most about this event is it is “very competitive but not cut-throat.” I also tell them how well run the event is from check-in at the Dixie Center all the way through the event and the venues are top-notch.

While the Games hit a pause last year, my wife and I did not. We still visited St. George, for 3 weeks in October and purchased a vacation home in Santa Clara. Now I will also be a participant in another game……paying property taxes in Utah.