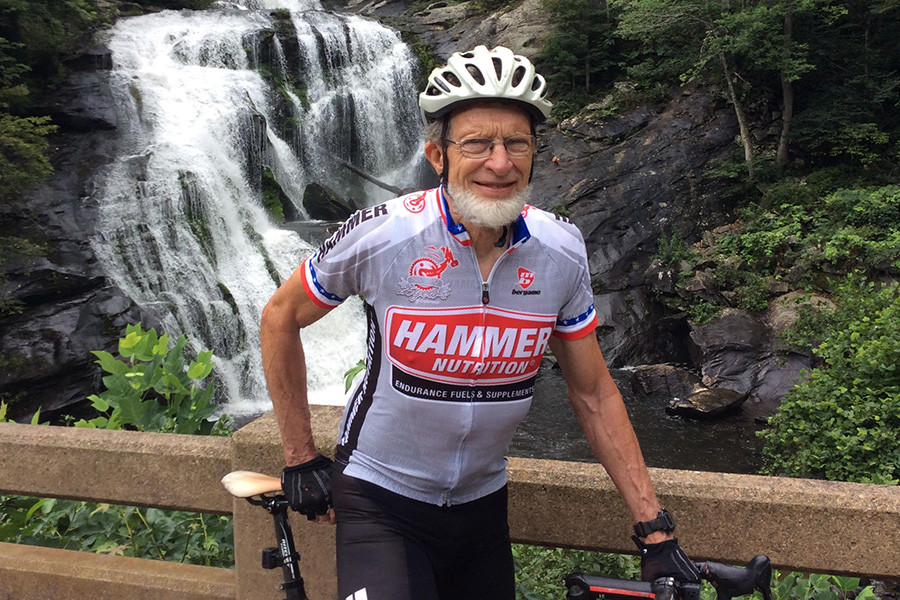 Durward Higgins was born and raised in El Paso, TX along with his two younger sisters, Phoebe and Sharon.  As a young person, Higgins participated in track and basketball, but he was not part of any high school sports teams as he worked at his father’s garage/service station after school and on weekends. However, he did have a fascination with all things auto. He loved to look at all the car magazines in the shop!

“By 14 years of age I sold my bike and starting building hot-rods,” Higgins said. “By 16 I was competing in drag racing with a car I had built entirely myself with my own money.”

However, his life made an abrupt change 19 when his long-time girlfriend dumped him for another guy. He decided he needed to get serious about his future. Higgins traded his hotrod for a used Porsche Speedster and started attending Texas Western college (now UTEP) and earned a BS in Mechanical Engineering in 1966. During his college years he began body building and participated in some intramural track and flag football.

Upon graduation, Higgins was hired as a field engineer by General Electric, got married and fell out of shape. In 1973 his family joined a newly opened tennis club. As he worked himself into shape, he became a pretty good tennis player, but his interest waned a few years and he became more sedentary again. Higgins learned from a 1982 physical exam that his cholesterol was very high. His doctor informed him that he could get it under control without medications by running three miles, three times per week. Before long Higgins was racing competitive until an old Achilles injury started causing him intense pain. He had read in Runner’s World Magazine that cycling was a complimentary exercise for runners with Achilles’ injuries. Before too long, cycling became his sport of choice! Higgins’ cycling career has spanned 40 years, but it really ramped-up after his retirement 24 years ago.

Higgins had tremendous success at multiple local Tennessee races, which inspired him at age 65 to go to national events. He began attending the Huntsman World Senior Games in 2008 and has won 20 gold medals to go with the 17 USA Cycling National Championships and 12 Gold medals at the National Senior Games events.

When asked “Why do you value the opportunity to compete and what does active aging mean to you?”, Higgins responded:

“I value exercise for good health and the fact that competing in racing makes me follow a structured regimen of exercise, nutrition, rest, weight-watching, etc. . . . Active Aging for me meant finding a sport to remedy my ailments, fit my likes and skills, and to share good aspects of with my wife, and friends too. And Active Aging means not just living longer, but living a longer life in which every day is enjoyed in good health, with lots of love, fun, and great anticipation of still more of it tomorrow.”