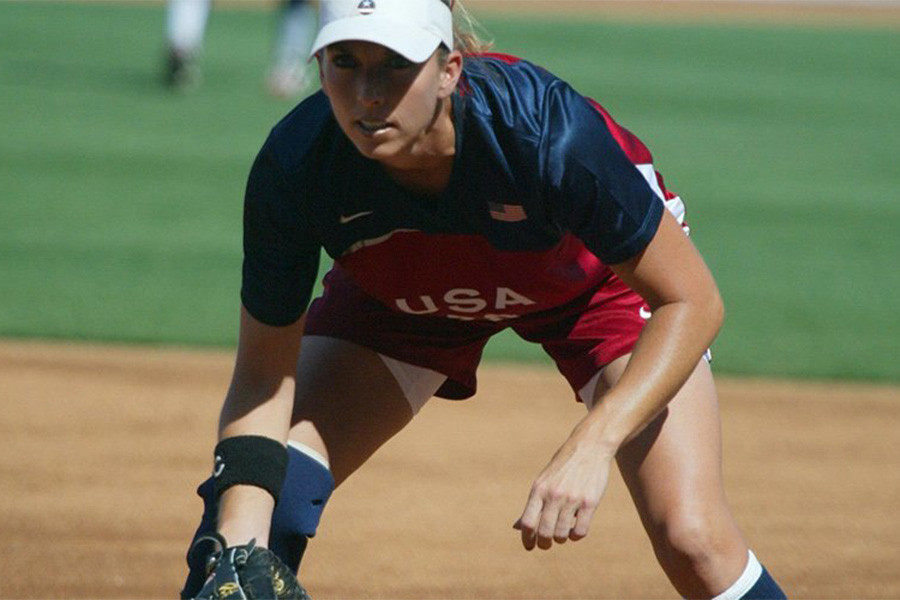 St. George, Utah - There are certain athletes that are so strongly associated with their sport, that they become basically inseparable. Michael Jordan is basketball. Joe Namath is football and Muhamad Ali is boxing. It would not be too much of a stretch to say that Leah Amico is softball.

Amico is a two-time Pan American Champion, a two-time world champion, a member of multiple halls of fame and on top of all of that, she has three Olympic Gold medals.

On Tuesday, October 8, Amico will be the keynote speaker at the Huntsman World Senior Games opening ceremonies. The show will begin at 7:00 p.m. with a parade of athletes where representatives of 81 different nations and over 11,000 athletes will march into the Dixie State University Trailblazer Stadium. The celebration will continue with singing and dancing provided by Diamond Talent, the beautiful flag extravaganza, the lighting of the cauldron and fireworks. Amico will enhance the experience with stories of her Olympic highs and lows and her passion for sport.

“We’ve had some great speakers at the Opening Ceremonies of the years,” says Kyle M Case, Games CEO. “Leah is no exception. I think her message will really resonate with our athletes. But I also think that her story will touch everyone who hears it. She is the epitome of hard work and dedication and striving for your dreams. I’m certain she will inspire everyone who hears her.”

The opening ceremonies is free to the public and a free shuttle will run from various parking lots on the university campus to the stadium making parking easier. Utah Governor, Gary Herbert will even be on hand to welcome the Games athletes to the state.

The Huntsman World Senior Games is the largest annual multi-sport event in the world for athletes age 50 and better. Sporting competitions will start on Monday, October 7 and will run through Saturday, October 19. Over 11,000 athletes will contest for gold, silver and bronze medals in their choice of 32 different sports. For more information on the Games or the opening ceremonies, visit www.seniorgames.net