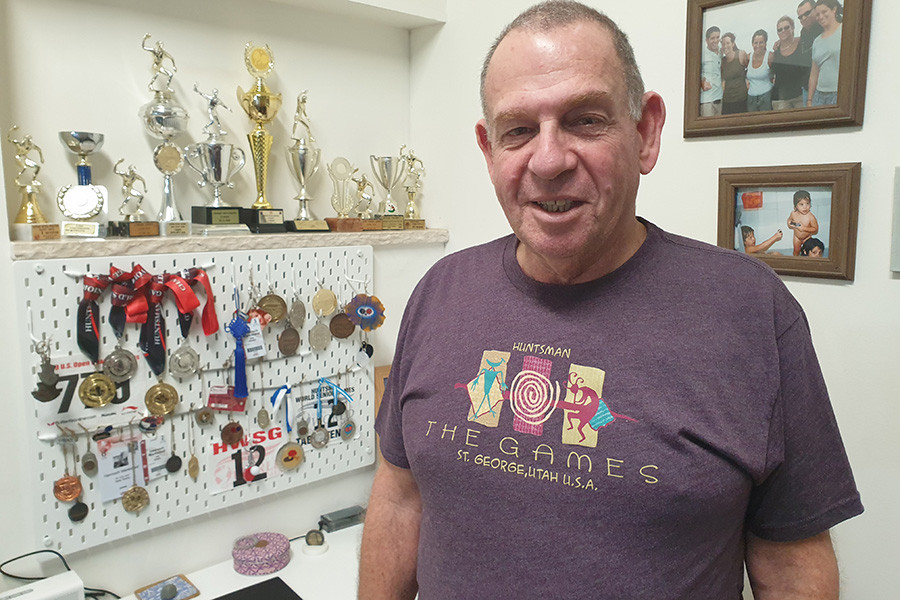 Hannoch Markshied was born and raised in Israel and currently lives in Atlit, a small community on the Mediterranean beach, in the Northern part of Israel. He is the only child of Mordechay (96) who played Table Tennis in Poland until the war interrupted everything and Mina (93) who came to Israel as refugees after WW2. Markshied is married to Liana, and they have 4 children (3 daughters and 1 son) and 6 grandchildren.

Markshied has a BA in Economics from the Haifa University, Israel and an MBA from West London Business School in UK.  He has been a high-tech entrepreneur since the late 80’s, involved in different companies, some of them failed and some of them succeeded. Currently he is the CEO of Nurami-Medical, an innovative Israeli startup that has developed a novel technology for soft-tissue-repair that is in advanced clinical stages with products for Neurosurgery.

As a child Markshied was involved in different sports like soccer - which is big in Israel, the long-jump, winning some won local and national competitions during his school days and table tennis. At the age of 13, his table tennis coach made him chose between track and field and table tennis. Markshied chose table tennis because the practice was much more fun and also because of the leadership demonstrated by his coach. He was very competitive as a young player, competing at a national level by the age of 16. However, in Israel, there is a mandatory military service at the age of 18, so in 1973 Markshied joined the Israeli Air Force leaving table tennis until 1981, when he was able to start practicing and competing again.  He plays in tournaments in Israel in the US and in Europe.

“The Huntsman World Senior Games is my preferred competition,” stated Markshied.  “I have been playing here since 2011 every 2 years and won multiple medals in singles, mixed-doubles with my US partner Gloria Cadavid and in mens-doubles.” He has also played twice in the US Open and a few times at the North-American-Team-Championship in Maryland joining different teams.

Markshied said that he loves to compete from the same reasons he has been an entrepreneur all his life - the challenge, the hard work and to reach new frontiers every day.

He believes the old saying that you don’t stop playing when you’re old, you get old when you stop playing. So, he still works 10 hours a day in research, development, production and commercialization of life-saving-medical-devices, and practices table tennis twice a week and competes at least twice a month. It keeps him sharp, motivated and mainly, it makes him happy because of the love of the game. “It is also great fun teaching my grandchildren to play the game of table tennis,” Markshield concluded.